EnDev Project in Nepal is implemented by the Deutsche Gesellschaft für Internationale Zusammenarbeit (GlZ) since 2009 to facilitate access to modern energy services through the grid and off-grid technologies. EnDev works together with Nepal Electricity Authority (NEA) with an objective to facilitate access of electricity to the rural population through national grid extension/densification under the framework of the Community Rural Electrification (CRE) Programme of the Government of Nepal (GoN).

Out of the 28 million people living in Nepal, 88% benefit from access to electricity through any sources but the percentage of people having access to electricity through the national grid is only 78%; the rest 10% depend upon other sources like solar PV or micro-hydro, etc. This is the rate of electricity access is even less in rural areas as out of 753 local government units only 253 have an electrification rate of 65-90%. The remaining large numbers of people without access to grid electricity are left behind, due to reasons of distance to the grid, remoteness, lack of infrastructure, and limited generation capacity. Rural electrification became a priority and in order to expand the access of electricity services to the rural areas on a demand-driven approach, the GoN then brought forward the Community Rural Electrification Programme (CREP) which is being executed since 2003. This has opened the door for the community based-organizations to buy electricity in bulk from NEA and sell it within its area, utilizing the existing or newly constructed distribution networks. The regulation consents any type of Community Rural Electric Entity (CREE): company, cooperative, NGOs, Users Association to enter into an agreement with Community Rural Electrification Department (CRED) of NEA, provided that it represented by the local communities. Further, CREEs are required to contribute 10% (previously 20%) of the project cost to be connected to the grid and the remaining 90% (previously 80%) is provided by Government via NEA. After electrification, CREEs are responsible for the operation and management of the distribution network, collection of revenues from villagers, and payment for bulk power purchased from NEA. However, electrification was delayed in many CREEs as they were not able to come up with their share of investment and did not have access to finance for the purpose.

Hence, a revolving fund was felt necessary to enable those communities who could not afford a 10% (then 20%) community share. The gradual repayment of these funds from the communities to the National Association of Community Electricity Users of Nepal (NACEUN)(revolving fund was previously managed by NEA, which is handed over to NACEUN presently) is envisaged to feed into a revolving fund for further support of more CREEs in the future. Hence, a need for fund support was realized.

EnDev support is planned for communities so they can have access to funds and partially finance the grid extension to their areas under the NEA Community Rural Electrification Program (CREP). Through the revolving fund, jointly created with NEA and EnDev, the communities can have a credit to cover the 10% of the equity cost and be connected to the grid. Those communities establish a CREE or mini-utility in the form of a cooperative/NGO or a private company, that with the support of NEA, they develop a project for extending the grid. If feasible, they are benefited by the Government Subsidy (90%) and the credit from the Fund (if required).

CREEs, buy the electricity in bulk from NEA and later sell it to their members and mini-distribution model, with the application of tariffs per type of customer and govern by own policies as any other enterprise. Loans are later paid by CREEs to the fund with a 3% service rate. NEA later allocated the paid funds to other CREEs that request the support. Besides the financial support, EnDev provides technical assistance to NEA/CREP program & NACEUN in the elaboration of guidelines for credit allocation and collection, as well as for monitoring and evaluation.

In addition, after announcing a new constitution, Nepal is undergoing a federalization process since April 2017, allocating more power to local government units. Therefore, the community rural electrification by-law has been amended, and since 2019 municipalities are eligible to function as micro-utilities and take part in the Community Rural Electrification Programme (CREP). In reaction to this, EnDev will also assist in piloting 2 rural municipalities for grid extension in their respective areas.

As a sub-component to grid extension, EnDev Nepal is also executing a pro-poor Grid Densification program, with an objective to support with direct incentives to CREEs that identify and effectively connect to the Electricity Grid users under their existing lines of operation who do not get access due to the high initial connection costs. These incentives are claimed by the CREEs once a new customer is connected and could be later translated to households or small and micro enterprises with new connections.

Role and Responsibilities under Grid Extension

NEA along with NACEUN are the main implementation partner with NACEUN currently providing management/supervision of the revolving fund for the grid extension component.

To steer the revolving fund, EnDev provides technical assistance to NEA & NACEUN for the operationalization of the revolving fund with the development of loan allocation and collection mechanisms, capacity building activities of CREEs and NACEUN. Technical training and admin-financial training, organizational management training are provided to CREEs that manage electricity distribution within the community to operate as an independent rural utility. In this regard, required guidelines and manuals are also developed.

The on-grid component has played an important role to improve the access to credit for electrifying the rural population of Nepal with 59 CREEs benefitting from the revolving fund.

*reported numbers as of December 2020 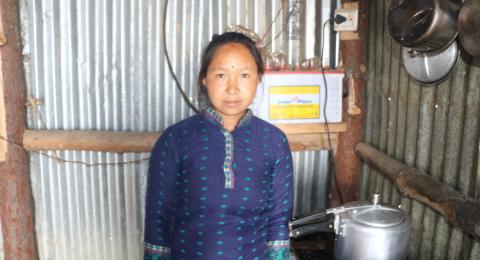 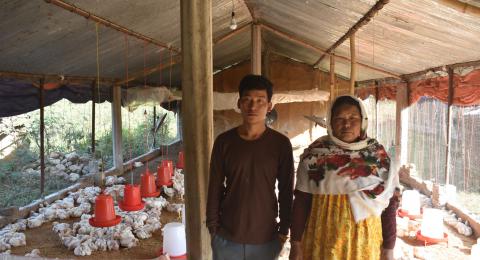 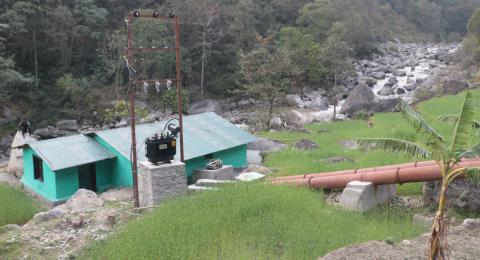 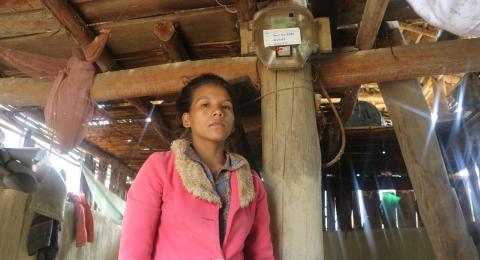